Conventional wisdom says that it’s impossible to write down the “real” experiences one has in the Circle. Basically I think this is a cop out.

It is possible to write it down, but the problem faced by those authors is that to write these kinds of things down makes it look as if the author is delusional or just making it all up.

So, in the interest of sharing this all with you and proving that it’s possible to write those kinds of experiences down, I’m going to do so in this blog. Take it on faith that this actually happened and that it was a life changing experience for me.

It started off normally enough, I sat down to meditate. I had been doing so for as long as I could remember, but I never really had anything happen during that state. Oh, there were some dreams, there was one time that I thought Satan had asked me to become his minion. But those are passed off easily enough.

So I wasn’t really expecting anything. 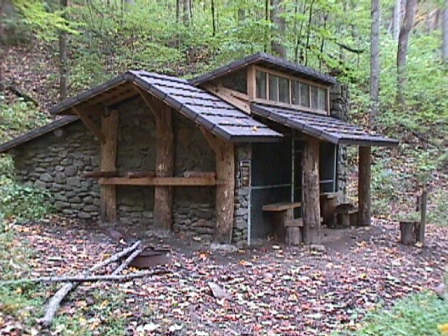 I sent my mind to the temple I had created, the place I felt comfortable at. It was a shelter off a hiking trail, and I had a fire going in the firepit in front of the shelter. It was nighttime out and I was looking at the stars. Understand that I wasn’t actually outside, but I was in what can be considered to be the Astral Plane.

I sat there, looking around and just BEING on the Astral. I stayed there for some timeless time. And when I looked, Rhiannon was sitting across from me and Herne was standing behind Her.

This was one of my first encouters with both of them face to face.

I was taken around creation, talking to various people and beings as well as looking at things like a newly hatched chick.

I came back to consciousness two hours later, no feeling in my feet. I understood so much and it was such a life changing experience. I have never seen the world the same since. I tried to look at the ants as just nothings to kill at my pleasure, but I couldn’t because they have a place, even if I don’t completely understand that place.

I have had several conversations and lessons from Them there. Each of those sessions were just as life changing. I have yet to talk to Them like this where I left feeling that I did not get what I needed and desired.

So, having an experience like this is easy to explain, but it contains nothing of the actual knowledge I learned, and it says nothing of what I was able to understand. Those kinds of things can’t be related easily and when it is, it says nothing about the blinding understanding that comes with the knowledge. Science still has all this same knowledge, but it’s completely ignorant of what it feels like to be an ant, or to experience how a tree feels. And I can describe the experience in great detail, but it will transmit none of the actual feelings to you. I can say that a tree’s life is slower and that the passing of years feels like a day or two, and while there is knowledge of the season changing, there is little urgency to it. Ten years pass and it feels like a month. Trees are in constant movement and it feels like the tree is never still. At the same time there is time for anything to happen.

But that can’t convey the feeling to you. Only those who have gone through it can tell that this is what it is like or that there is a truth in what I say, even if it’s not all the truth.

So, the basics of practice are the only thing that can accurately related. Writing them over and over is one of the things that can be talked about. Talking about the nature of the Gods, what it feels like to be a bird, what it means to the grass to be walked upon, those can be described, but it sounds like total fantasy and fiction.

Just so you know.

Who will it be?
Wicca does not equal Witchcraft